You Are Here: First medium-voltage grid with direct current in Aachen

An underground demonstration network is being built at FEN research campus 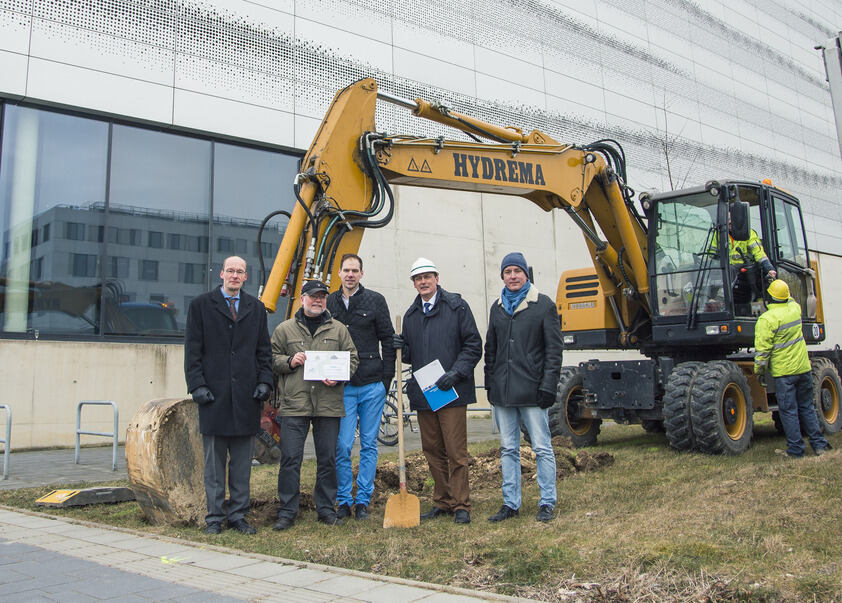 For the first time, FEN research campus is building a local medium-voltage grid based exclusively on direct current. This underground demonstration network operates as a private network within the infrastructure of RWTH Aachen University and distributes electrical energy between several large test benches. With the grid, researchers analyze efficiency advantages of direct current and the reliability of components such as DC converters. The aim is to demonstrate the technical readiness of direct current for usage in public medium-voltage networks. Within the framework of a Groundbreaking ceremony, the start of construction of the project was initiated on March 19 at the RWTH Aachen Campus Melaten.

The research network will operate at a voltage of 5 KV, has an installed capacity of around 6.2 MW and a total length of approximately 2.3 km. In the final expansion, the grid connects five stations, some of which operate as both consumers and feeders, as well as energy storage and renewable energies. The grid is scheduled to go into test operation at the end of 2018

Direct current as a key technology

In the wake of the “Energiewende”, direct current technology is becoming increasingly important, as it offers a number of advantages in energy distribution. It simplifies several tasks, only achievable with additional effort using alternating current, which is used in the previous system. For example linking distribution networks or supplying quick charging points for electric vehicles. In contrast to AC networks, DC networks are also suitable for crucial flexible, bidirectional energy flows between generators and consumers, as the “Energiewende” requires. This is because they react much less sensitive to the simultaneous input of energy at many points and they are easier to control.