You Are Here: NEDO Smart Communities Summit in Tokyo, Japan 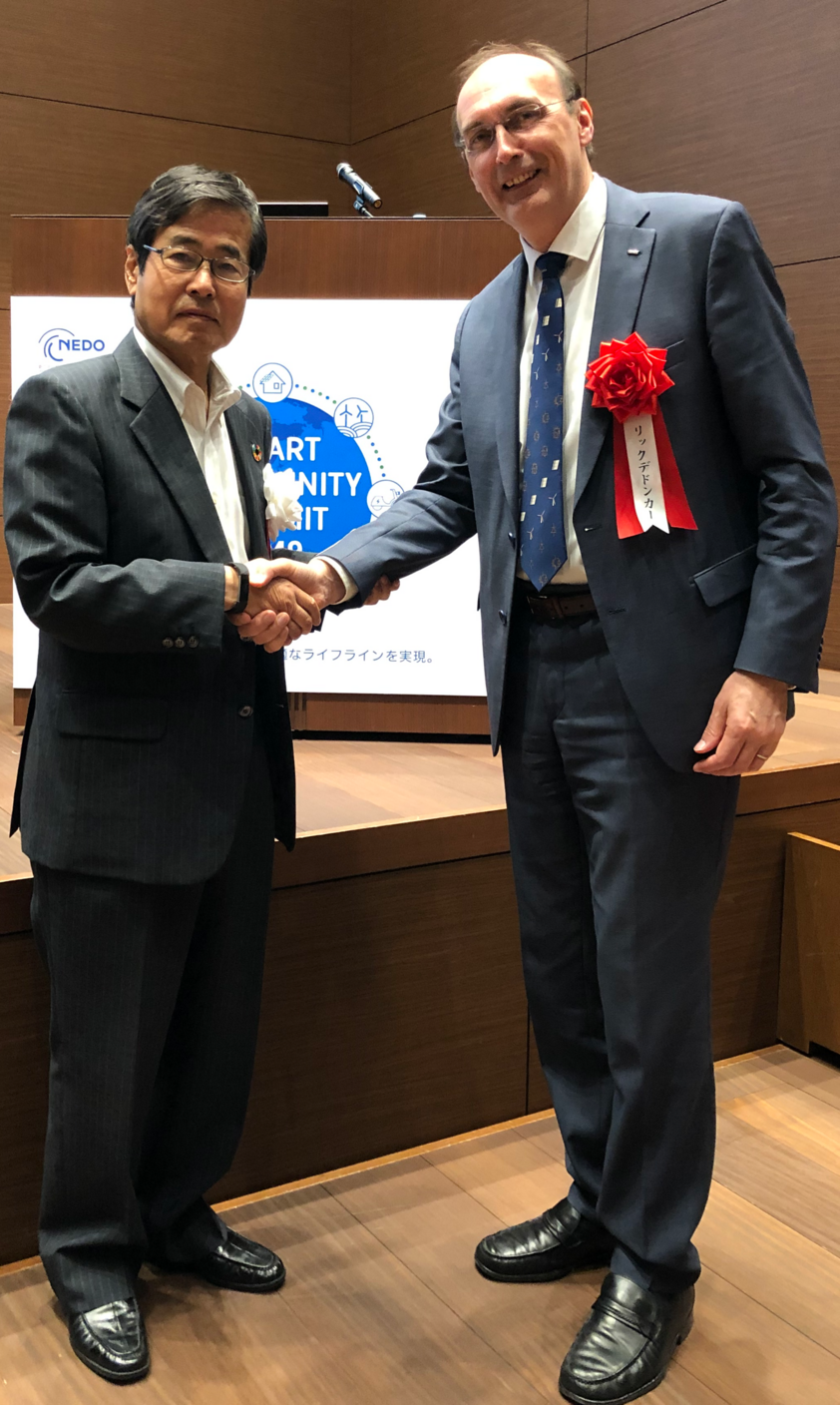 Prof. De Doncker was invited to give a talk on DC technologies at the Smart Communities Summit of the New Energy and Industrial Development Organization (NEDO) of the Japanese Ministry for Energy, Trade and Industry (METI). The summit was opened by Mr. Hiroaki Ishizuka, Chairman of NEDO and Mr. Toshiaki Higashihara, President & CEO Hitachi, Ltd. and Chairman of the Japan Smart Community Alliance.The NEDO Summit focused on two main topics; (1) resiliency against natural disasters and (2) DC and hybrid microgrids. All presentations can be found at the official NEDO Summit website.

Prof. De Doncker focused on key enabling technologies that are pursued in research programs, in particular in Germany, to prepare the electrical supply system and the grid for an increased use of more decentralized and more volatile, renewable power sources at the medium- and low-voltage distribution level. In particular, research on DC and hybrid grids in cities to accommodate fast charging of vehicles performed by his institutes ISEA and PGS|EONERC in the scope of the BMBF Research CAMPUS Flexible Electrical Networks (FEN) were highlighted. The summit offered an opportunity to present FEN not only to the ministry METI, but also to Japanese companies, of which several are FEN members.